"MazaI tov to all of my students, colleagues, and dear friends for being the pioneers for 36 exemplary, innovative, and inspirational years!" - Sandi Morgan Dunn - Anne & Steve Kravit
My MJDS Story: Florence Steinberger 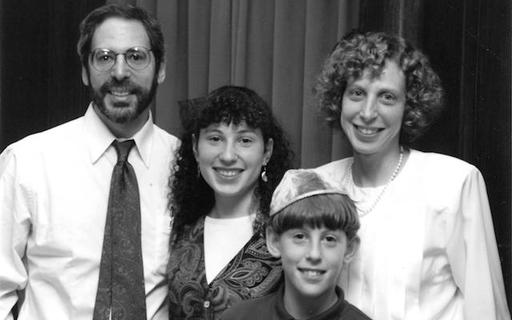 As I began thinking about my MJDS Story, I realized, with a shock, that I've been connected with this school, in one capacity or another, for over 30 years! So... why am I still here?

My husband, Andy Feiring, and I moved to Milwaukee when our daughter, Rebecca, was almost four and I was seven months pregnant with our son. It was the third and final stop on our Midwest tour. We knew that we wanted our children to attend a Jewish school and, after a tour, quickly chose MJDS. As newcomers to Milwaukee we were welcomed into the MJDS family with open arms.

Rebecca began junior kindergarten in the JCC building and, as an infant, our son Jacob was introduced to Shabbat sing which, at that time, was held in the Ritz Theater. It was a proud day when students, staff and parents marched up Santa Monica Blvd. to begin classes in our new (current) building.

As Jacob began his career at MJDS, I rose through the volunteer ranks to the dizzying heights of Fruit and Nuts Co-chair. This was not hard as no one else wanted the job! I became a member of MJDS staff when I took on the job of Fundraising Coordinator. When I had my fill of fundraising, I subbed in kindergarten, the library and at the front desk, and spent two wonderful years as Barb Lutsky's assistant in first grade. Over the years I became acquainted with parents and staff and formed friendships that have lasted to this day.

During that time our children thrived at MJDS and transitioned easily to high school and beyond, where they carried the Jewish values learned at the school. My son is now a filmmaker and my daughter a veterinarian. Several of her closest friends are those she met in her first years at MJDS.

When my husband became ill, I stopped working, and when he died, the incredible staff at this school surrounded me with love and support. When I was asked to share the front desk job with Kathy Stange the following fall, I was thrown a lifeline. This job has been my therapy, and being here with staff and students each work day has helped to keep me going. Of course I'm still here!

MJDS Stories
In celebration of the 36th anniversary of MJDS, we are excited to present MJDS Stories, a series of narratives told in first person by different voices of our MJDS community. Parents, teachers, alumni, alumni-parents, students and friends share how MJDS has made an impact on their children, their Jewish identity and their lives. MJDS Stories deepens the meaning of our mission and amplifies the excitement of our 36 milestone.
Subscribe to MJDS Stories
You must be logged in to post a comment.

In celebration of the 36th anniversary of MJDS, we are excited to present MJDS Stories, a series of narratives told in first person by different voices of our MJDS community. Parents, teachers, alumni, alumni-parents, students and friends share how MJDS has made an impact on their children, their Jewish identity and their lives. MJDS Stories deepens the meaning of our mission and amplifies the excitement of our 36 milestone.
DONATE 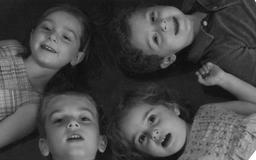 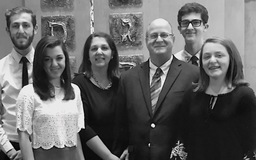 My MJDS Story: Rona Wolfe
"Thank you to the community that is Milwaukee Jewish Day School. You have taught us, first hand, everything we need to know."
- Rona Wolfe

My MJDS Story: Merzy Eisenberg
"I am filled with great appreciation and awe that I was able to help build a school in which Jewish children continue to thrive, grow, learn and love."
- Merzy Eisenberg
More MJDS Stories
SHARE MY STORY